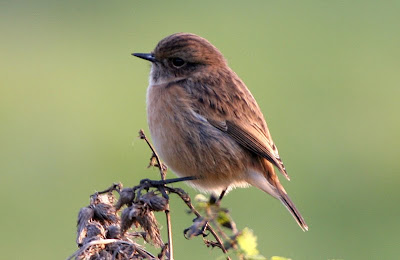 Alexandra Park is bordered by Muswell Hill to the north-west, Crouch End/Hornsey to the south and Wood Green to the east. In its hill-top position at the eastern edge of the North London Heights, with commanding views across the city centre and the Thames flood plain, Alexandra Palace is the key landmark of this productive area of parkland in north London.

The site covers some 180 acres (72 ha) in total, with habitat mainly comprising tightly mown grassland with scattered trees and hedges, and pockets of woodland and rougher grassland. A small area of sports pitches is enclosed by a circular perimeter hedge and ditch, which are all that remain of the racecourse constructed here many years ago. Next to the pavilion is an area known locally as the cricket scrub, and in spring and autumn this is best part of the park to search for migrants, among which Hobby, Sand Martin, Whinchat, Northern Wheatear, Garden Warbler, Lesser Whitethroat and Spotted Flycatcher are regular.

There is a boating pond close to the palace on the top of the hill, but the main area of water is Wood Green Reservoir and the adjacent filter bed complex in the south-east corner of the park. Fed by the New River, these small water bodies are attractive to wildfowl and gulls in winter, grebes and wagtails year-round (Grey breeds locally) and occasionally to passage waders such as Common Sandpiper in spring and autumn. Just north of the reservoir, a managed area of woodland with a man-made, natural-sided pond has been designated as a conservation area. Water Rail is occasionally seen in winter, when Siskins may frequent the alders, and Reed Bunting and Bullfinch are among the scarce visitors which have turned up here.

Woodland birds in the park include Stock Dove, Tawny Owl, Treecreeper and all three woodpeckers, though Lesser Spotted has become much scarcer in recent years; this species is probably best searched for in The Grove, which lies in the north-west corner of the park. The Grove also has a track record for migrant Wood Warbler and Pied Flycatcher (August is best), and Firecrest has appeared here several times on passage in both spring and autumn. Check the silver birches for Lesser Redpoll in winter.

Rarities are few and far between in the park, but have included Yellow-browed Warbler in October 2005 and Alpine Swift in September 2009. Other interesting species recorded in recent years include Brent Goose, Garganey, Honey Buzzard, Barn Owl, Black Redstart, Ring Ouzel and Mealy Redpoll.

Access:  the W3 bus, from Tottenham to Finsbury Park, runs through Wood Green and then Alexandra Park itself. The nearest tube station is Wood Green (Piccadilly Line), but closer still is Alexandra Palace Station, which is served by GNER overground services to Moorgate via Finsbury Park (both of which connect with the underground network). There are public car parks in The Grove and next to the palace, and some on-street parking is available close to the park's boundaries.